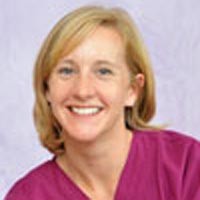 0%
from 0 reviews
Name
Esther Jones
GDC Number
70711 View GDC Page
Leave a review for this dentist
About Esther Jones
Esther graduated from The University of Leeds in 1995. She completed her vocational training in a busy mixed NHS and private practice in Yorkshire. She temporarily left general practice and worked for two years as senior house officer in oral and maxillo-facial surgery in the Royal Preston Hospital and The Lister hospital in Stevenage. She was awarded membership of the faculty of dental surgery at the Royal College of Surgeons in 2000. Esther returned to general dental practice in Cambridge in 1999. At the end of 2001 she joined Chequer Hall Dental Practice and quickly established an enviable reputation for clinical excellence. She left in June 2008 to join Lau Berraondo as senior associate at Enhance. Her main areas of interest are complex restorative and cosmetic dentistry. Esther is a member of The British Academy of Cosmetic Dentistry, an associate member of the American Academy and regularly attends many postgraduate courses. In recent years she has continued her education with year long courses in restorative dentistry at the renowned St Ann's group in Manchester and cosmetic dentistry with the British Society for Cosmetic Dentistry in London. She has taken her interest in orthodontics to the next level and is a registered Clearstep™ and Six Month Smiles™ practitioner providing brace treatment to adult patients. Esther prides herself in making her patient feel comfortable under her care. Her considerate nature and gentle touch has helped her establish great relationships with her patients.
Latest Reviews